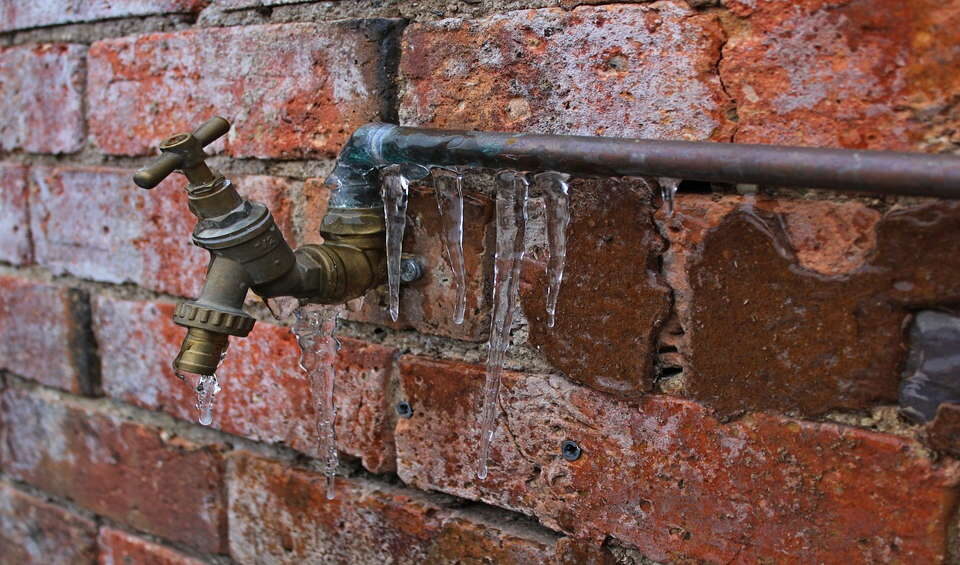 How long does it take for pipes to unfreeze exactly? We have this answer and useful tips

If your pipes froze because of temperature dropping to sub-zero levels, you may choose to wait until they eventually thaw (they usually do at some point).

Of course, sitting pretty and waiting may not be the best way of tackling this problem (you’ll learn why later).

But if this is the route you’re taking, there are things you’ll want to know.

For example, you don’t want to play the waiting game forever and you’ll want to have an idea on how long pipes generally take to thaw by themselves.

You might also be interested in any hacks and trips that can speed up the thawing process.

Now, this article first answers these questions before teaching you how to unfreeze pipes- I must say that frozen pipes are a hazard especially if you wait too long (more on this shortly).

Let us tackle the questions before anything else.

How long does it take for pipes to unfreeze?

Our answer is sort of an anticlimax…

See, there is no definite time to wait for the pipes thaw without your help as the key determinant is the temperature.

The rule of the thumb is simple: you’ll wait until the temperature improves which could be days, weeks, etc.

The other influential factor is the degree of freezing in the pipes.

On this, metal pipes tend to thaw slower (but freeze faster) than PVC piping.

That’s not all: underground pipes may take even more time to unfreeze for the reasons explained below…

How long does it take for underground pipes to thaw?

As you might be aware, frost permeates soils and will prolong the time it takes for pipes to thaw.

That’s because the surrounding soil must first thaw – this may take several days or longer- for the buried pipes to have a chance of unfreezing.

Even worse, there is not much you can do to quicken the thawing unless you take the bull by its horns, which means actively battling the freeze, which is what we recommend anyway.

Keep reading to understand why waiting for frozen pipes to thaw out by themselves it’s never a wise move (it’s akin to surrendering to fate!).

This is the thing: waiting too long has serious risks.

The most dangerous this is that pressure may overwhelm the lines causing them to burst and flooding your property.

Besides, there is a real possibility you’ll run out of water as it may be blocked by the ice formed inside the pipes.

What’s more, water seeping from ruptured pipes can cause mold problems in your home.

Can you now see why we insist that thawing the pipes yourself is a much safer option?

The good news is that it typically doesn’t take too much effort or resources to unfreeze pipes even if frozen solid.

To give you a head start, we focus on simple methods you can use to thaw frozen pipes safely next.

How to thaw frozen pipes safely

The first thing you should do is locate all the frozen pipes across the plumbing system.

You have numerous tactics you can employ here.

For instance, undertaking a visual inspection of the pipes –looking for any signs of condensation or tiny cracks on the surface- may help direct you to the frozen sections.

If this doesn’t work, you can try feeling the pipes with your hands. The whole idea is to narrow down on spots that feel ice cold.

The best strategy, however, is to open the water faucets and note the ones that flow and those that don’t (lack of or reduced flow is one of the surest frozen pipes symptoms).

You next move is to trace the piping that doesn’t flow down to junctions where they split off with those flowing and working from there.

With a space heater, hair dryer, an electrical iron, or even a heat lamp, apply some heat to the frozen part.

Start at the split-off point and work back.

The pipe will begin to gradually thaw allowing steam to clear out via the open faucets.

Repeat the heating gently until every trouble spot has completely thawed and water flows out with good pressure.

Tip: Don’t thaw using items like a propane torch because of the elevated fire risk.

How to unfreeze pipes in a mobile home

Thawing your frozen mobile home pipes is again easier than most people think.

Here are some steps that can help (identify the frozen pipes as above before proceeding):

In the very unlikely event that the heating method flounders, you may turn to methods such as pouring salt down places like the bathroom sink (or wherever the pipes are frozen) and wait.

Salt has a strong melting property and can do the job wonderfully as long as you are patient.

How to thaw frozen pipes underground

Most people assume that you have to dig out frozen underground pipes for thawing. Wrong.

All you need to is have a hot water jet blast the ice blocks out of the pipes from the inside (it’s the most effortless way).

Below is a Video by DrainKingInc demonstrating the procedure.

How to keep water pipes from freezing

One technique of keeping pipes from freezing is wrapping them with an electrical heating cable (ensure it’s adequately insulated) then plugging in the cable.

This helps the temperature in the pipe to stay above the freezing point preventing a freeze.

Another easy way is to leave the faucets dripping slowly.

With that, the pressure is slowly relieved reducing the risk of freezing.

There are other methods too including placing blankets over the pipeline during the cold season and heating the space continually.

In the long run, it’s advisable to insulate the lines especially if sub-zero temperatures are a common occurrence where you live.

How long does it take for pipes to unfreeze – take aways

1 thought on “How long does it take for pipes to unfreeze? We have the answers..”