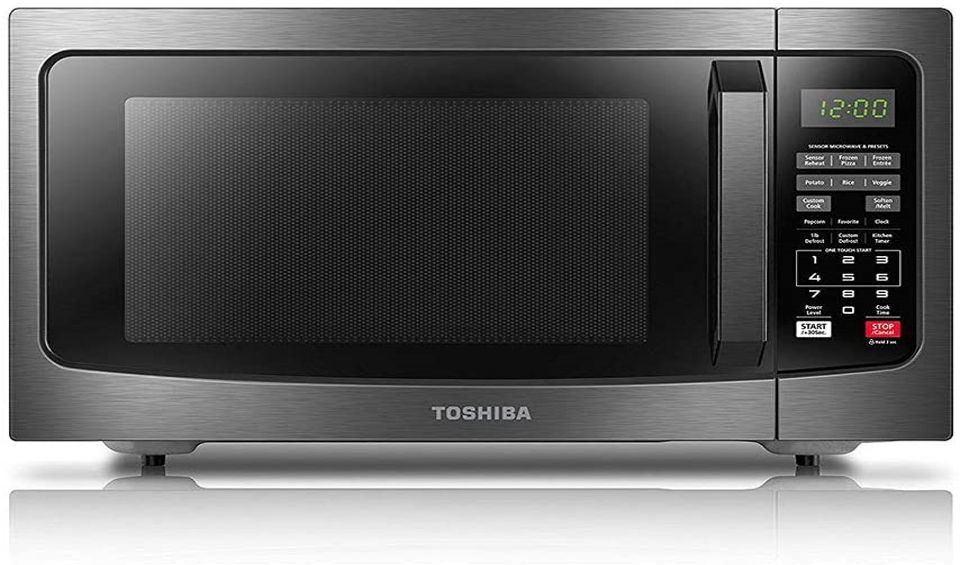 So, what size inverter do I need to run a microwave? Guys have asked us this question quite often and we have the answers.

The life of your microwave largely depends on your inverter especially when you are off the grid.

Thus, it is important to choose an inverter that can run your microwave efficiently.

We have tackled inverters extensively in the past (you can read our guides here) but so far we haven’t looked at how to size an inverter for microwave applications.

Which is where this guide comes in….

Read on to discover the best inverter wattage for use with your microwave during emergencies.

How much power does a microwave use?

While the wattages vary widely, most small microwaves consume anything from 500-600 watts when cooking meals.

Meanwhile, standard-sized microwaves draw between 800 and 1200 watts while the larger units are a bit ‘hungry’ and even exceed 1800 watts.

Two popular manufacturers make microwaves within the 700 to 1200 watts range and you’re likely to meet an avalanche of choices around this wattage.

Having known the regular power usage of power inverters, let’s look at how to get the perfect microwave-inverter matchup.

Can you run a microwave off a power inverter?

In fact, inverters come in various size ratings starting from as low as 50 watts all the way up to 50000 watts with many sizes in between.

For this reason, getting an inverter powerful enough to run your microwave safely whenever you want to is not a difficult task.

The most important thing is to determine your inverter’s power requirements before purchasing to avoid ending up with an under-powered model.

On the other hand, an over-powered model will have idle capacity and may not make economic sense.

You should also factor in other appliances you could be planning to run from the inverter along with the inverter.

This brings us to the most critical point of our discussion- how to choose the right inverter size..

What size inverter do I need to run a microwave?

So, how many watts does it take to run a microwave?

Well, as mentioned above, the first thing you need to do is find out the energy consumption of your microwave in watts.

This information is provided by the manufacturer and is mostly written on the specifications plate on the microwave.

The other place you can find the power rating is on the user’s manual.

Sadly, this is not a simple as it may appear and you actually have much more to be keen on.

Keep reading to understand what else matters:

1.       Watch out for differences in cooking and power wattages

Microwaves are a bit peculiar.

I say this because the quoted cooking wattage might not be the actual power wattage.

For example, a 500-watt microwave could have a rating of 1000 watts (power consumption).

You’re interested in the true power consumption, not the cooking watts.

The label on your device will make this clear.

Tip: If you’re unsure about the total wattage, simply double the stated COOKING wattage. For instance, if you own a 1000-watts microwave, the purchase a 2000-watts inverter.

At the same time, inverters are not exactly 100% efficient, and some of the energy is taken up by the DC-AC conversion procedure.

To be on the safer side, we recommend that you select an inverter with a slightly higher rating to effectively run microwave off inverter.

I will now give you an example to put this in black and white.

What size inverter do I need to run a microwave? An example

I will take it that the microwave label indicated 1000 watts (input power rating) for the purpose of this section.

You surely won’t order a 1000 watts inverter for this because of the aforementioned inefficiencies and the need to have reserve energy (you may occasionally have a few extra electronics to power).

A unit with about 1500 watts would, however, be great.

Needless to say, the more watts, the merrier for your meal preparation needs.

That said, you don’t want to spend on a 5000 watts inverter since you’d have too much capacity sitting unused making nonsense of basic economic principles.

You can have the inverter run for longer when using a power inverter by implementing these tips:

What size inverter do I need to run a microwave? Related questions

It may run without a problem though it’s going to be much smoother with a 1300 to 1500 watts inverter considering that microwaves are generally around 65-70% efficient.

The assumption is that you’re not going to be plugging in other devices.

Using an inverter gives you the freedom to use your microwave when you away from home, like when on a road trip or tailgating.

And we have just taken you through the steps of working out the appropriate inverter size for trouble-free microwave operation.

Hopefully, this will help you get a power inverter that’s powerful enough for all your cooking needs (remember pure sine wave inverters are preferable).