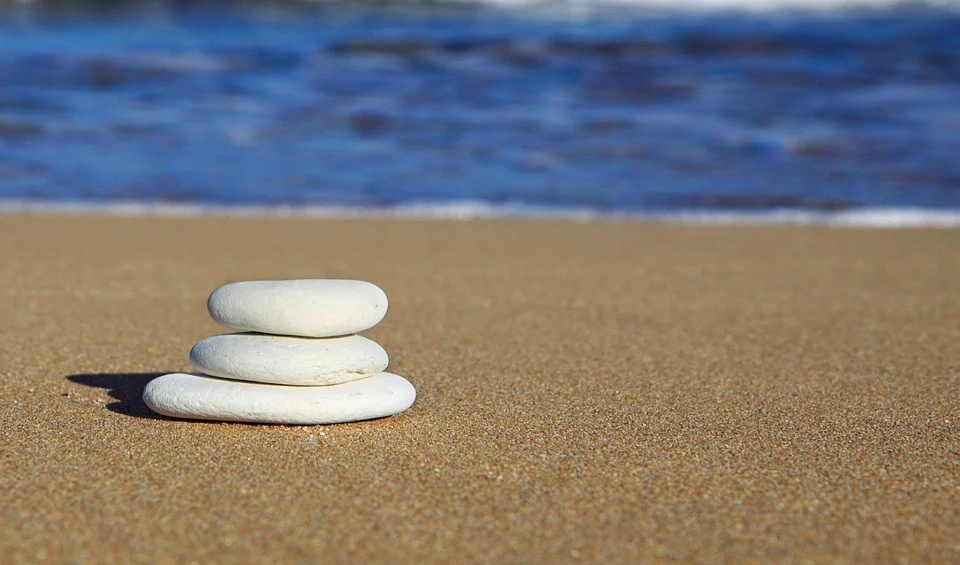 As an Amazon affiliate, we may earn a small commision from qualifying purchases.

Learn how to separate rocks from dirt (both manual and mechanical methods) if you often have a lot of rocks that need to be separated from dirt in your projects..

You could be a gardener preparing for seed planting, a landscaper looking to create more aesthetically pleasing backyards, a new homeowner with a backyard that is full of rocks, etc.

How to separate rocks from dirt

You can use a rotary soil compost sieve to quickly sift the dirt to separate the smaller rocks if you have just dug up loads of rock-infested soil.

The bigger debris (rocks, compost, etc.) stays on the sieve while the fine material falls through. 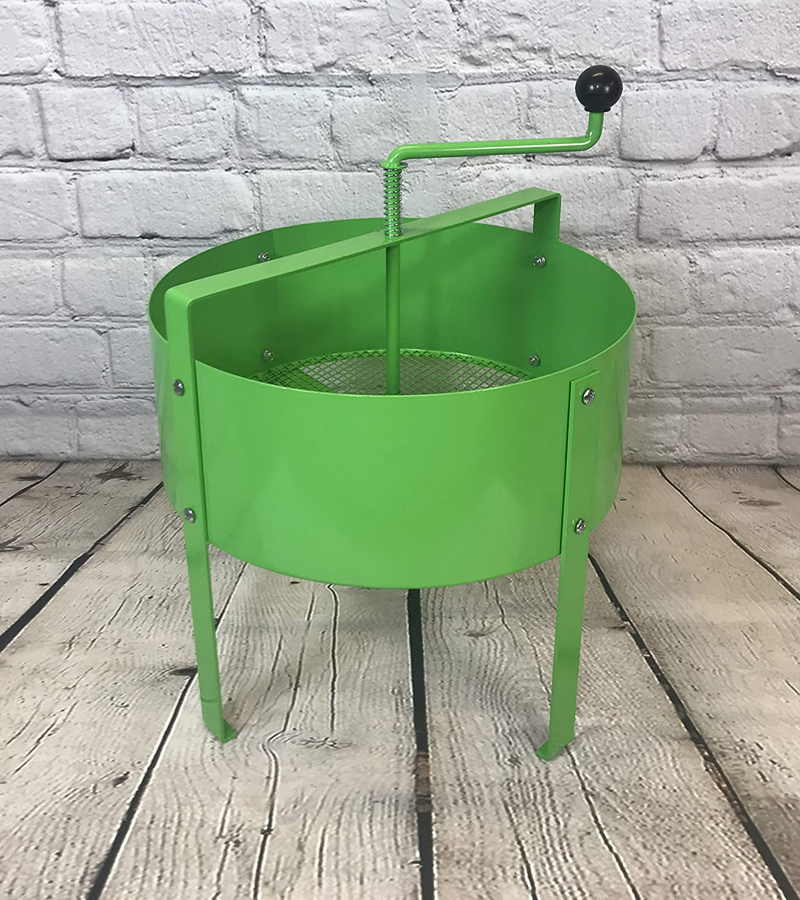 Overall, it’s pretty easy to use.

Quick Tip: You can make a sieve out of local recycled material if you don’t have the budget for the above product.

Option 2: Use a screen sifter

A regular screen sifter can easily separate out good soil to allow you relocate/dispose of the rocks.

Here are your two options if you want to take this route (soil filters are quite inexpensive):

This sifter works well for dirt, sand, and small rocks (including aquarium rocks).

Its diamond-shaped mesh is about 1/4″ square while the sifting area is approximately 9″ x 7″.

What’s more, the tool is lightweight for easy handling and fits perfectly on a 5-gallon bucket. 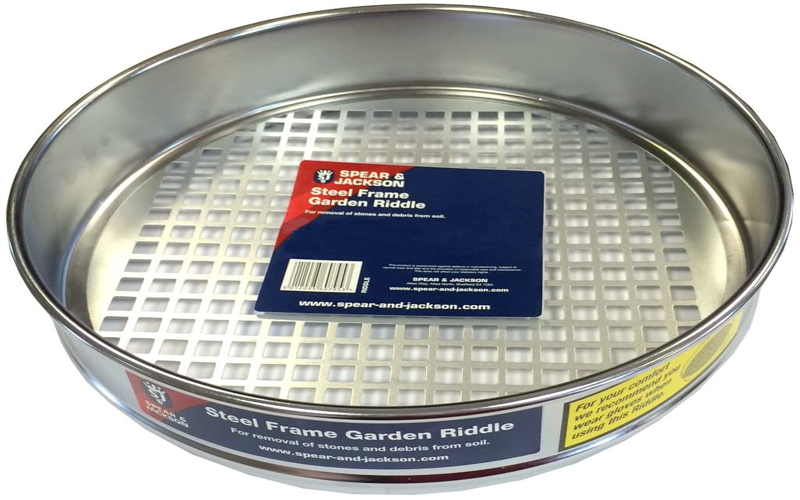 The Spear and Jackson Garden Riddle – with a steel frame- can be ideal too for the separation of stones and other debris.

It is particularly great if you are preparing your vegetable garden for seed planting- use it to sort rocks to ensure you’re planting on nice fine soil.

Like other sifters, the tools require a little more effort and some patience but the good thing is that it works flawlessly.

It again fits on top of any two-gallon bucket perfectly.

If you want to save money, your best bet is a homemade dirt rock sifter.

How to make a homemade dirt sifter

The design of the DIY dirt rock sifter is straightforward: wheels are attached to a sifting box and then you make the box sit in a frame.

Handles can be added to the frame and sifting box to make the sifter even handier.

Handles have another benefit- they make your rig easier to store.

Here are the steps:

How to make a dirt sifter

Start by drilling pilot holes through frame guides and into your 1×3 frame stiles.

Step 2: Joining the guides to stile

Using the 1 ¼ inch wood screws, now screw the guides to the frame stile.

Quick Tip: Check that the guides have been aligned perfectly along one edge (of each stile). The guides will be serving as tracks for your soil-sifting box.

The next step is joining the frame rails -to the stiles- with a 1 ½ inch-wide metal angle (at each corner).

Next, cut the galvanized screen ¼ inch less than size of your box.

Go ahead and screw it onto one side using the washer head screws before stretching it tightly and screwing it to the opposite/alternate side. We suggest that you use 4 screws (at least) per side.

Now grab the casters and screw them to the front and back ends of each one box side (as in the wheels should be facing toward the ends).

Step 6: Sit it over a wheelbarrow

The sifting frame is sized to fit over a regular wheelbarrow so you now want to place it on top of the wheelbarrow and start separating rocks from dirt.

How to use the DIY dirt rock sifter

You sift the dirt by simply rolling the box repeatedly back and forth (within the frame).

Note: As an alternative, you can try this project by instructables.com. What we love about it is that the sifter is multi-tiered so you can easily separate large rocks, small rocks (and dirt), and fine topsoil.

Quick Tip: Another viable option would be using a net over a wheelbarrow to sift rocks (and other material) out of the dirt.

Option 3: Use a classifier 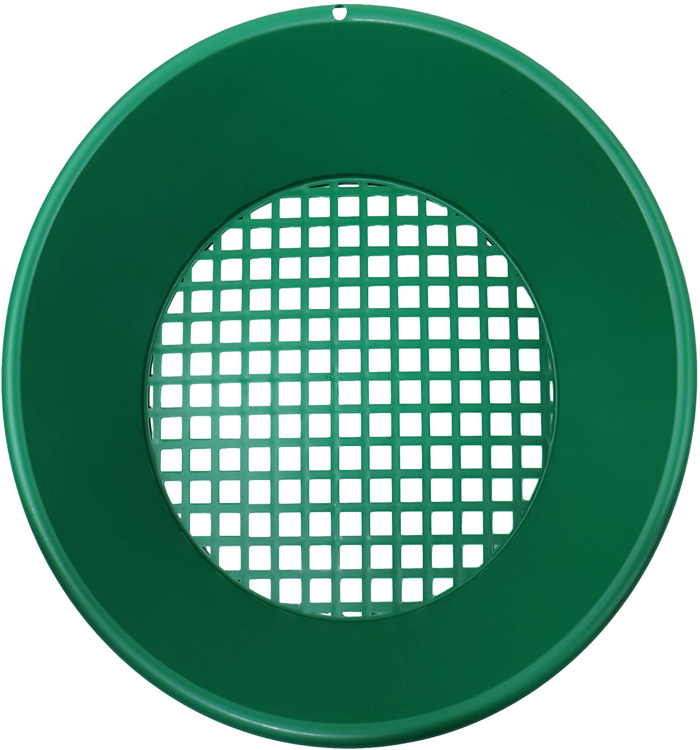 Another brilliant option when it comes to separating out rocks in the dirt is the Garret 14” classifier.

A classifier is essentially great for screening those annoying larger rocks -out of diggings- and it might be the perfect aid for you.

It could be the way to go even if you have a lot of rocks in your dirt that need to be sorted out.

It does not clog easily (including in wet conditions) and the holes are the right size (1/2” square exit holes) to allow dirt fall through without problems.

Besides, it is extremely sturdy so you have nothing to worry about even in situations where you have to shovel many big rocks on to it.

There are some equipment designed to separate troublesome rocks from dirt more easily so you don’t take too long shoveling and filtering the dirt.

The best example we can think of is the rock screening bucket though it’s intended for commercial jobs (and harsh working environments).

You can also try the skid steer rock screening bucket.

So, that is how to separate rocks from dirt other than using a rake and a wheelbarrow to gather and dispose of the rocks.

Feel free to comment with your favorite option or any other tool that you may have used and which we forgot to include in the list.

machinelounge.com is a participant in the Amazon Services LLC Associates Program, an affiliate advertising program designed to provide a means for sites to earn advertising fees by advertising and linking to Amazon.com].